Leader Electric is a licensed and insured electrical contracting and service company with decades of experience operating within the five boroughs of New York City. 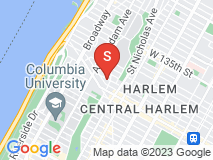 Using them for 20 years and it's a very mixed and erratic experience.

I've been dealing with Leader Electric Inc. for over 20 years and I've watched the company grow. I know the owner on a first name basis.
Some of the staff, specifically Adam who does the field estimates, is a very capable and conscientious person and if you asked me specifically about him I would give him 5 stars. So, I am trying to be constructively critical here and I am not looking to be negative but the front office has scheduling issues sometimes. There are other employees I could also give 5 stars to, like Brent, the technician who is very capable and I've done several installations with him and have been very pleased every time with both him and Adam in different stages in a renovation and remodeling project.
So, to go back to what needs works, I think Travis runs that part of the operation with the front office and I know he is the owner's son but there has been issues which perhaps could have been avoided in terms of communications and scheduling and things like that.
I've addressed this many times with the owner so they are well aware of it. I told them that there were billing issues also that needed to be clarified and I hope they have a very professional bookkeeper at this point in their staff since the last correspondence that I had with them they said that they were looking to fill that position.
Eventually the job gets done but it doesn't go smoothly all the time. There are serious inattentions that occur with respect to sending out the correct equipment and things like that and they are always employing new mechanics and technicians and some are very good and same others probably shouldn't be let out of the office until they are better trained.
It's a very mixed and erratic experience. Sometimes it's very professional and on time and then in other stages things will fall apart. I hope that Travis improves his Quality Control, that's my issue and I hope that they have improved their game since I last used them.
It's hard to say if I will call them again. I'll leave this feedback for them to figure out what to do but I hope the remarks help. This is just meant to be constructive.