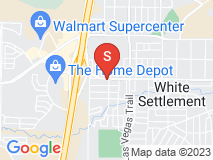 Very disappointed in the "service" provided.

A couple of weeks ago I called and spoke to Sonny and scheduled an appointment for him to come out and service my a/c unit. He said he would be there between 3-5pm. That day the tempiture was cool all day long. I had the day off and was waiting on him to show. He did not call me until 3:30 that afternoon to tell me it was too cool to check the a/c accurately. He could have called sooner to let me know. He rescheduled for the following Friday, which was Good Friday, so I called him back to reschedule the following week and we settled on this past Thursday 3-5pm. Something told me to call Thurs aftn, to confirm he was coming. He said that he forgot to write me on his schedule and had I not called I would have been waiting for nothing as he would not have remembered he had spoken to me. He came over that afternoon, let me know he would check a/c outside unit and let me know what's up. He never came back to talk to me, but sent his employee with a estimate of over $400 and he was only there 5 min. His employee could not answer questions about my a/c, kept getting I don't know answers. I told him I'd think about it, but of course I had to pay $79.95 for service call, and they were barely there. Easy money for him. Not very professional. It's as tho he didn't want my business, just make fast cash. He could have spoken to me and showed me what he found so I would know he did his job. Would not recomemend this company to anyone.

My name is Sonny Pewitt
And yes I did mess-up on your scheduling, however the day it was cool like in the upper 50's I did wait till 3:30 to call your window was a 3-5 and I was hoping the temp would make it to 62 so I could accurately read the refrigerant pressures the temp had not made it by 3:30 so I did call and reschedule and failed to write it in my appointment book my mistake but you called and so i came out to you right then and was able to be there in the scheduled window that we had set for you
we did quickly diagnose a dual run cap failure and quoted 224.00 for the cap and let you know unit may be low on refrigerant that we didn't know or able to check it until we got the unit running properly
I did send my helper Christian to the door to let you know what was wrong and the estimate, since at that moment I was on the phone with another customer
I feel like Christian is more than capable of informing you of what our findings were on your unit
Sorry you didn't