Along with my wife and the rest of the Imperial Pools team, we design, install, service and maintain swimming pools and hot tubs throughout Central Illinois. 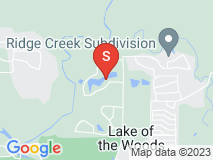 Imperial Pools Inc. has done a fantastic job for us! This was our first time using them. Some of our friends and neighbors use them and after problems, we had with previous pool services they said to try Imperial so we did and we couldn't be happier now! They have already solved 90% of the problems that were caused by the previous company. When they first came out Noel did the assessment and the first thing he asked was about the problem with the liner. That was one of the things the previous company installed and it pulled away only days after they installed it, and Noel and his people were able to get most of it fixed on their first trip out here to help close up the pool for winter this season. They will fix the remainder when they reopen it in the Spring. They obviously know what they are doing (whereas the other team did not). They showed up on time, they were respectful of our property, they were courteous, and most importantly to us, they kept us informed. Imperial explained everything they were doing, they answered our questions, they were here when they said they would be, they worked late into the night to finish what they said they would do and they did what they said they would. We found them to be honest, trustworthy, conscientious, and reliable. I would absolutely tell people to have no qualms or hesitation about contacting Imperial Pools Inc. for your next project, they are a great company to work with!