Christian Roofing has been family owned and operated since 1999. We care about quality, value, and craftsmanship. Full service roofing contractor, all types. 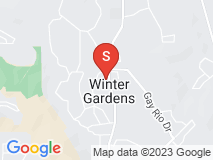 Did Great with Unique Roofing Challenges

I worked with Josh from Christian Roofing on a couple of projects. I own a unit in a 40-plex building and Christian Roofing was hired by the HOA to come out and do our roof. We have these very unique warehouse spaces that were built in the 1940s and needed some TLC when handling the roof. Basically you can see wood planks inside the units as soon as they ripped the roof off, so they had to put in all this plastic and interior stuff to protect the inside of the building, and that made it tough to do. I just thought they handled that so well.

I also have a duplex in North Park and we were adding on rooms and connecting different areas together. It presented some really unique roofing obstacles, and on top of that it was raining. They were amazing. They were able to suggest what was needed in a unique situation. I also own a regular home and they redid the entire roof on that. They were really really accommodating. I had an issue once because it was raining in the middle of the night and some plastic blew off the roof. They came out right away to fix.

They had about 7 guys here. It was a whole team, not just a couple of people. They had a good crew who are really good at what they do. The pricing was comparable to other quotes and was definitely fair. They were essentially willing to do more for the same price as others had quoted. They were replacing interior wood that was damaged, not just covering. They ripped it all out, replaced it with new stuff, painted it, etc. I only worked with Josh on both projects, and I was really happy with him in particular. He handled everything so well, getting back to me and getting me on the books fast because of rain I was dealing with. I really appreciated that.